December 15, 2010
Bekal Fort is situated in Kasargod district Kerala state and is a recognized tourist destination. Bakel Fort is big occupies forty acres of land and situated near a beautiful beach.
By analyzing the structure of Bekal Fort we can say it was built for military requirements rather than any administration requirements.
The major significance of Bekal Fort is that it is the largest fort in Kerala. Another attraction of Bekal Fort is the presence of the Mosque and Hanuman temple situated very near each other which shows the religious harmony of Ancient Kerala.
Right now Bekal Fort is controlled by the Archaeological Survey of India.


Some of the photos we took at Bekal Fort: 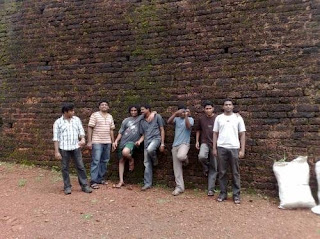 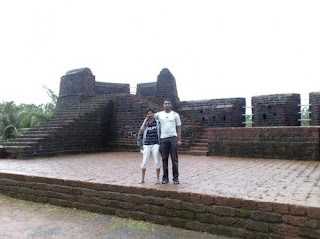 Me and Rakesh T at Bekal Fort. 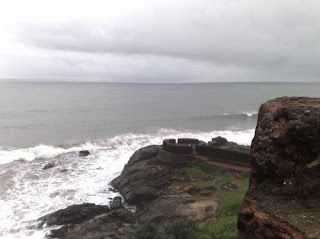 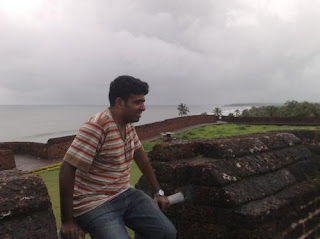 
It is believed that Bekal Fort was built by Sivappa Naik in the 1650s and in 1763 Mysore army occupied the fort under the command of Hyder Ali and later Tipu Sultan. After Tipu Sultan British army took control of Bekal Fort.

It is really nice to spend time here. 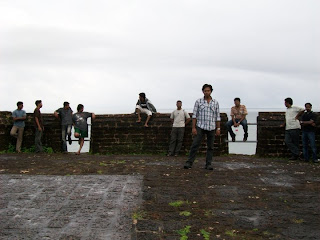 
Another attraction of this location is the Bekal beach. If the sea is in normal condition tourists are allowed to go to Bekal beach and even allowed a sea bath. One guard is always there and tourists should follow the directions of the guard. 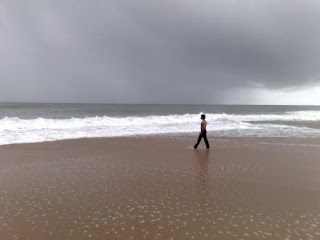 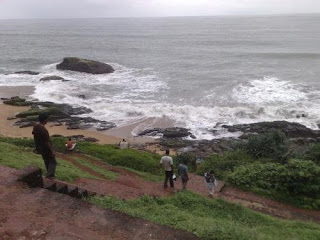 How to Reach Bekal Fort

Popular posts from this blog

Alleppey- Venice of The East (Alappuzha)

June 16, 2011
Alleppey is also known as Venice of the East is the backbone of Kerala backwater tourism.
Post a Comment
Read more

July 14, 2011
Vazhvanthol waterfall is situated near Kanithadam, Vithura and it is an emerging tourist destination for those who love trekking and site seen.  We started our journey to Vazhvanthol Waterfalls from Trivandrum with a team of 15 members.
1 comment
Read more

June 11, 2013
Ramapuram Forane Church is a famous Christian pilgrim center in Kerala because of the Tomb of Blessed Kunjachan.
1 comment
Read more